Homes for Sale in Inman Park 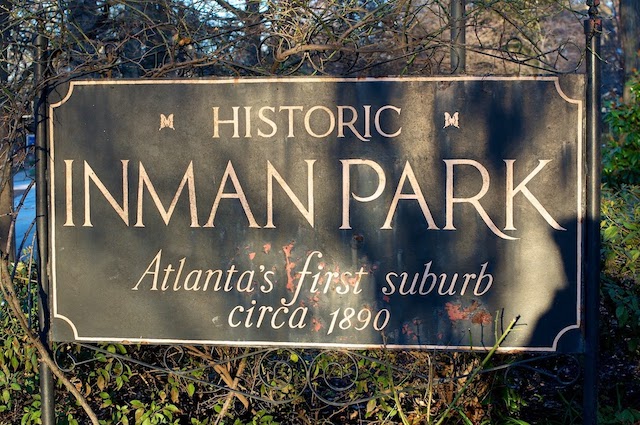 Search all Inman Park houses and real estate listings below. Inman Park is an intown Atlanta neighborhood located south of Poncey-Highland and north of Reynoldstown. Inman Park is one of the most desirable neighborhoods in Atlanta given its ample green spaces, mature tree-lined streets, and tight-knit community.

One of the most exciting features of Inman Park is its connection to the Beltline Eastside Trail. This mixed-use trail permits quick travel from Inman Park to some of Atlanta's top neighborhoods. Be sure to sign up for a free account so that you can receive email alerts whenever a new listing (that matches your criteria) gets listed in the Inman Park MLS.

Listings identified with the FMLS IDX logo come from FMLS and are held by brokerage firms other than the owner of this website and the listing brokerage is identified in any listing details. Information is deemed reliable but is not guaranteed. If you believe any FMLS listing contains material that infringes your copyrighted work, please click here to review our DMCA policy and learn how to submit a takedown request. © 2023 First Multiple Listing Service, Inc.

Inman Park is situated in a prime location, only minutes from downtown while retaining a quiet and residential neighborhood vibe. There's also a plethora of local shops and restaurants within Inman Park. You can take a stroll on your bike down the picturesque streets lined with boutique and specialty shops. It's also an extremely dog-friendly city, with practically everyone having a furry friend.

The most prevalent home styles within Inman Park are Victorian and Craftsman homes. Inman Park is rather unique because it was meticulously developed from the beginning to be a residential neighborhood. As a result, the neighborhood features manicured streets with generous lot sizes

Inman Park is Atlanta's first planned neighborhood and additionally the first electric trolley neighborhood in Atlanta. Successful businessman Joel Hurt saw land two miles east from downtown that was ravaged by the Civil War and decided to build a streetcar neighborhood from the ruins. He modeled the neighborhood after some of the other streetcar cities he had seen in his travels.

Upon its opening, Inman Park became an instant hit amongst the Atlanta elite. However, this interest in the neighborhood only lasted a number of decades. In the post-World War II era, the neighborhood (much like most of intown Atlanta) slipped into a deep decline.

Are you interested in the alternative scene at all? If so, you'll love Inman Park's grungy and bohemian strip named Little Five Points. You'll definitely find a swarm of nightlife and interesting characters located here.

As previously mentioned, the western border of Inman Park is the Beltline Eastside Trail. The Beltline brings a lot of tourists and activity to Inman Park.

Are you the market for a home in Inman Park? We would love to be of assistance! We're a team of real estate agents with intimate knowledge of the area.

As one of our clients, you'll get the most recent data for average Inman Park home prices, sales history for any property, and information about the broader real estate market. Contact us so we can get the ball rolling!