t’s time for us to compare popular options for relocating home buyers with Dallas TX vs Atlanta GA.

With tech industries relocating to both of these cities Dallas and Atlanta will be compared. Similar to how Atlanta is compared to Charlotte. Dallas Tx feels is more densely packed together than Atlanta. Afterall, Atlanta is known for it’s sprawl.

The perception is that Atlanta has more crime and worse schools than Dallas, but better overall climate and attractions. Dallas and Atlanta are often compared because companies often have hubs in both of the these cities, so let’s break down which one is a better place to live.

If you’re looking for ratings on schools in Dallas TX and want to compare to Atlanta, GA you’re in for a bit of disappointment. GreatSchools lists Dallas as an overall 5 rating while giving 10’s to almost every school in site in Atlanta. In fact, they have a very nice Atlanta landing page while Dallas gets something very generic. Truth be told, coming from Atlanta I can tell you that if you want truly great schools from elementary to high you must move to the suburbs. Suburban cities like Alpharetta for instance have great schools systems. From our research the information is very similar. The biggest difference here is that Dallas allows the parents to choose schools within a system. While Atlanta residents have to move to Gwinnett County or Cobb to find large areas with affordable housing and great schools.

When we think of Real Estate in Dallas, TX and in Atlanta, we wanted to look at a few dynamics. One is obviously just median price point of a home, but we also wanted to look at different suburban communities as well and make comparison. This is a real estate website after all. Atlanta has a median price point that is almost $50,000 more than Dallas. Atlanta homes are newer and less likely to be rented (meaning there’s less renters and more home owners). Before we hand the crown to Dallas, let’s take a look at what $200,000 buys you in Atlanta and Dallas. (Then look at suburbs) At first glance it looks like Atlanta is winning in the value department. The skeptic will undoubtedly say, “what part of Atlanta?” – ahh there’s the rub.

So here’s what I can tell you from the research. Atlanta homes tend to be bigger and newer at least until you get to the suburbs that have the best schools. $200,000 a get you downtown unless you’re wanting a condo or you’re trying to help improve an area. In fact, you have to go to the suburbs to work with this budget in most cases. Of the areas with the best schools for a given county, Lawrenceville wins the affordability award in metro Atlanta while that honor would go to the Dallas Ft Worth area of Garland. Dallas homes tend to be 1 story (vs 2 stories in Atlanta) smaller overall in square footage. They do feature more brick and more homes have pools than Atlanta. Now, let’s have some fun and look at what $400,000 buys you in the most popular communities in Dallas and Atlanta suburbs.

When we researched for this post we looked at a lot of city-data posts and many of them kept saying crime was an issue in Atlanta. Apparently, they are right. Dallas crime rating is around the mid 50’s per 1,000 people while Atlanta is in the low 90’s. These ratings are for violent crime and while part of this number is skewed because what an Atlantan considers Atlanta is different than what the actual city says, it’s still appalling to look at the difference.

Atlanta is notorious for bad traffic. This should be a hands down victory for Dallas by comparison. However, statistically speaking, both cities offer an average 25-minute commute to work. Atlanta’s traffic is epic, especially after snowmaggedon – that being said it’s probably what attributes to the stat the 74% more workers work from home in Atlanta than Dallas. What I originally thought was going to be a HUGE Dallas win, is, in fact, an Atlanta victory.

Seeing that poster made me think of one key ingredient, attractions.  While both cities have healthy parks and rec departments Atlanta clearly is the leader in attractions.  Note I did not say sport franchises, I said attractions.  This quote takes the cake.

“Atlanta is like a bigger Dallas with trees and hills.”

Cost Of Living: Atlanta Vs Dallas

The cost of living report shows Dallas as the more affordable of these metropolises. That being said there’s a bunch of different factors that allow this to be more competitive. For example, Dallas’ sales tax is higher than Atlanta’s but then again, the lack of income tax saves Dallas workers 6% vs Atlanta. Texas does have higher corporate taxes overall which is important for business owners. Texas remains a popular choice as one of the best places to retire.

If you tallied it up, it sure does look like Dallas wins this comparison, but unfortunately for Dallas, I’m from Atlanta so I declare Atlanta the best! 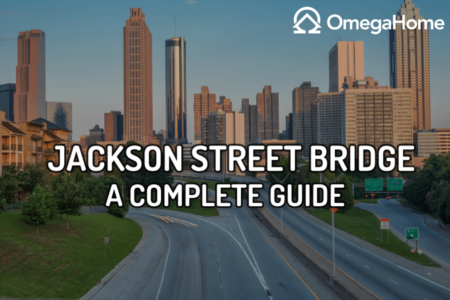 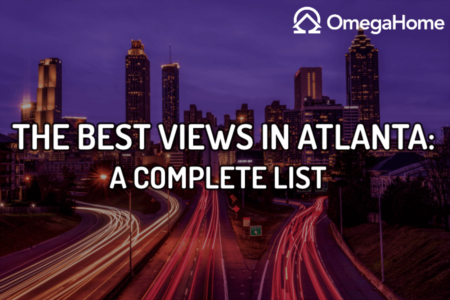 The 12 Best Spots for Skyline Views of Atlanta [Free & Paid]

The Atlanta skyline is truly breathtaking, especially when combined with our gorgeous green canopy of trees. Accordingly, we’ve put together a ...Read More 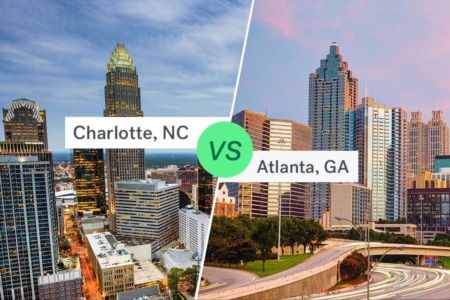 Atlanta, GA vs Charlotte, NC - which city has the superior real estate?

Two renowned southern cities – which city has the superior real estate? The parallels between Atlanta, Georgia and Charlotte, N.C. are ...Read More