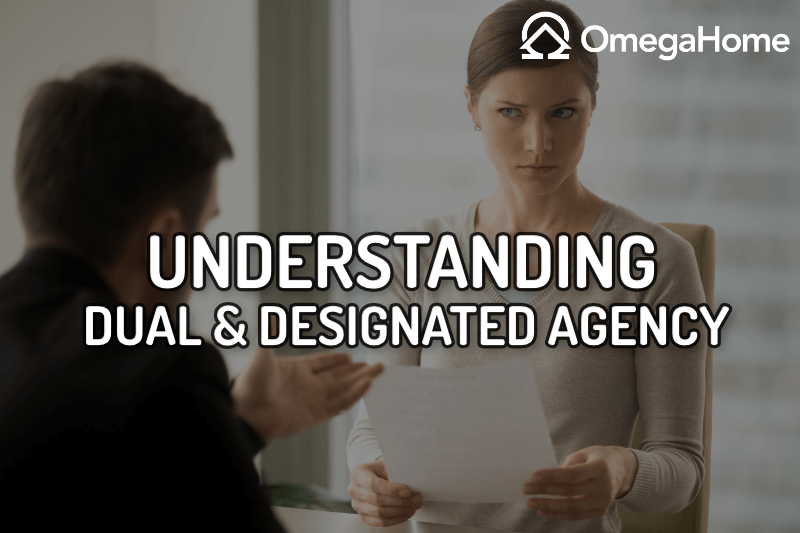 Dual agency is when a single real estate agent represents both the buyer and sellers in a real estate transaction. Designated agency occurs when a buyer and seller are represented by two agents at the same brokerage. Both methods of representative attract a considerable amount of controversy and scrutiny because of the potential conflicts of interest they create.

Let’s conduct a deep dive on both dual agency and designated agency:

A dual agent assumes the role of a neutral mediator and is unable to favor one party over the other because they are representing both sides of the transaction. This differs from an ordinary transaction where both the seller and buyer’s agents advocate exclusively for the interests of their client.

Dual agency is a controversial method of representation because an agent is unable to offer the breadth of services expected of them. One of the primary reasons that people hire a buyer’s agent is because they’re loyal to their clients and can fight on their clients’ behalf. When dual agency is involved the agent’s role drastically changes as they’re unable to advocate for any party exclusively.

Put simply: would you feel comfortable hiring the same divorce attorney as your spouse?

Probably not. Much like a divorce, the parties in a real estate transaction are engaged in an inherently adversarial negotiation. The seller and buyer have conflicting goals and are, therefore, best served by an agent who can exclusively advocate for their specific interests.

Many consumer advocates have noted that dual agency is illegal in nearly every other professional industry. For example, even lawyers are unable to represent both sides of a lawsuit even when they’ve received postgraduate training in managing conflicts of interest!

Hence, some states have categorized single-license dual agency as fundamentally unethical and have outlawed it entirely. Such states include Vermont, Texas, Oklahoma, Maryland, Kansas, Florida, Colorado, and Alaska. Most of the states that do not ban it require the client to sign a disclosure form acknowledging its limitations.

Designated agency (also called “appointed agency”) is when two different agents with the same broker represent buyer and seller. Many consider designated agency to be considerably more ethical than dual agency because each party is able to obtain full representation. Both agents are able to solely advocate for their clients’ interests and remain loyal to their clients.

That’s not to say that designated agency is without risk. Since the agents share the same broker, there is a good chance that they know each other and may have some sort of friendship or familiarity with one another. This could potentially increase the risk that some sort of collusion occurs between the agents where they share sensitive information with each other. Therefore, it’s important to make sure that the broker has strict internal rules in place if you’re considering designated agency.

Designated agency is also critiqued because of potential conflicts of interest involving the broker. Under designated agency, a broker is expected to manage and supervise agents who are actively negotiating against each other. The broker is unable to counsel either agent during the transaction because the broker must remain neutral. Additionally, the broker will be receiving double the commission they would receive ordinarily by representing both sides. The Consumer Advocates in American Real Estate claims that dual agency serves only “to put brokers in a position to manipulate buyers and sellers to increase the occurrence of double commissions”.

A common response to these complaints is that agents owe their allegiance to their clients, not their broker. Also, some brokerages contain hundreds or thousands of agents in which case the likelihood that two agents know each other is slim.

How does dual agency occur?

Dual agency is also common when both sides of the transaction are real estate developers or investors. These types of clients generally do not need the services that a real estate agent must sacrifice in a dual agency situation. They don’t need to be counseled about negotiating and are already extremely informed about market conditions.

How does designated agency occur?

Some agents will create a designated agency situation rather than act as a dual agent. For example, if an unrepresented buyer contacts a listing agent to submit an offer the listing agent will refer them to a member of their brokerage for representation. This strategy has been recommended by the National Association of Realtors for decades because it allows the listing agent to continue to advocate exclusively on behalf of their client.

Designated agency also commonly occurs when one brokerage has a considerable amount of market share within a specific region. For example, certain boroughs of New York City have a handful of brokers who participate in the vast majority of real estate transactions. In that case, it wouldn’t be uncommon for the same broker to represent both sides.

What are the benefits of dual agency?

As a buyer, your offer may be considered more seriously. As cynical as this sounds, a listing agent may be incentivized to promote offers made by clients who they represent over other offers. This is because a listing agent will receive double the commission by representing both sides. Hence, some buyers are willing to approach the listing agent directly for a competitive edge in hot markets.

However, the scope of representation a buyer sacrifices by having a dual agent is almost never worth the competitive advantage they gain. In reality, the individual who benefits the most from dual agency is the dual agent.

What are the disadvantages of dual agency?

The primary disadvantage is that both the seller and buyer are unable to be provided the full level of representation that is required in a typical real estate transaction. Most importantly, the dual agent is unable to counsel either side about negotiation strategies.

Imagine this: while under contract, a seller is sent a large list of repairs requested by the buyer. The seller has no idea whether these repairs are reasonable or if they should only agree to certain repairs. The seller would, therefore, want to speak with their agent about what they should do. If the listing agent is acting as a dual agent, the reply would be something along the lines of “I can’t tell you”.

During contentious or complicated negotiations, both sides are severely handicapped when dual agency is involved. Why would anyone want an impartial referee to represent them for one of life’s most significant decisions? It’s a wonder that any buyers even consider dual agency when buyer representation is ordinarily free.

What are the disadvantages of designated agency?

In smaller markets, some brokerages may only have a few agents each. The risks involved with designated agency tend to compound when this situation is present, as the likelihood that agents within brokerages know each other is substantial. In this situation, you would be hoping that agents within the brokerage act in an ethical manner and not collude with one another by sharing private information.

How will I know if I have a dual or designated agent?

Most states have laws that require dual or designated agency to be disclosed before it occurs (here’s an example from Louisiana). However, states vary with how and when disclosure is required. For example, some states may only require an oral disclosure or require a written disclosure during the closing process, long after the agent began operating as a dual agent.

How common is dual and designed agency?

This is a good question, especially when considering the high bar to which real estate professionals should be held. It is in my opinion that the aforementioned conflicts of interest should be obliterated via state legislatures outlawing dual agency. It is unreasonable to expect the average consumer to be well-versed on agency law and the different types of agency. Homebuyers and homeowners already have enough on their plate than to worry about dual agency occurring.

Additionally, practically every other professional industry explicitly prohibits a fiduciary from representing both sides of a transaction. For example, a lawyer is prohibited from representing opposing parties in a lawsuit.

Dual and designated agency is a concept that is often misunderstood and creates a lot of public distrust towards real estate agents. However, it is important that buyers and sellers be aware of them so they do not feel as if they are taken advantage of.

For those looking to make the most conservative decision that minimizes any conflicts of interest, go with exclusive buyer or seller representation. This ensures that both sides of the transaction will have their own loyal agents who are able to exclusively advocate on their behalf. 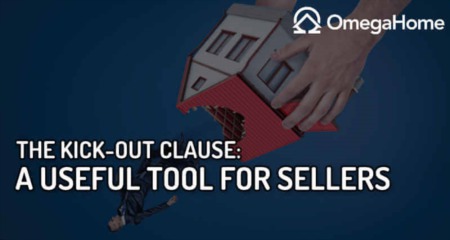 The Kick-Out Clause: A Useful Tool for Sellers

Imagine this: you’re selling your home and someone presents you with an offer that is contingent upon their home selling first. You’re ...Read More 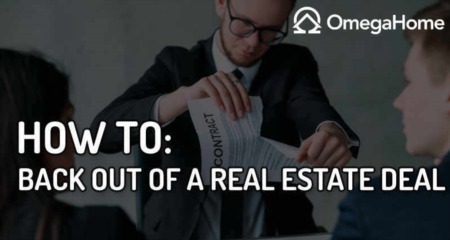 You may be wondering how a buyer or seller is able to back out of a real estate transaction. Perhaps you’re under contract and looking for a ...Read More